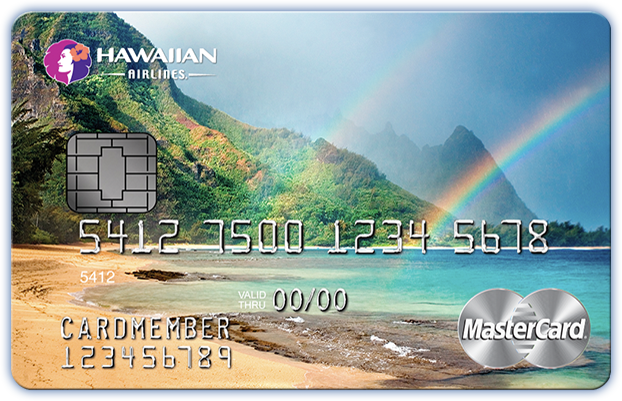 For the record, I am not a fan of credit cards that earn miles.  I’ve witnesses first-hand what my parents when through over the years with their American Airlines credit card with the limited number of seats allowed on any flight and the absurd things they needed to do to get the flights they wanted to Aruba over the Thanksgiving holidays year after year.

When my husband and I were returning from a trip to Hawaii on Hawaiian Airlines last year we heard about this great deal from Hawaiian Airlines Maste
rCard and decided to give it a try.  I thought the benefits would help me change the  negative perspective I’ve been harboring all these years from the American Airline’s credit cards.  I can tell you in a nut shell – it did not.

For the past year I was a member of Hawaiian Airlines MasterCard I did receive 35,000 miles after spending $1,000 in the first 90 days and a special promotional 15,000 miles on top of that which got us 50,000 in total miles allowing us to save about $500 on or next trip from California to The Big Island.  We also were eligible for a one time 50% off discount towards a published round-trip coach fare for a companion ticket.  This was a one-time 50% off discount and was valid for 13 months from the date I opened my account.

I also received my first bag checked for free however, Hawaiian Airlines does not check you through for your full flight if you go from Oakland to Kona (The Big Island).  They count it as two flights (Oakland to Honolulu and then Honolulu to Kona) so I had the bag on my initial flight paid for ($25), but the bag on my second flight I had to pay $15 for, so the card does not save you from Hawaiian Airlines stupidity.

Unfortunately, after one year the perks on the Hawaiian Airlines MasterCard  virtually stop and then you have to pay $89 a year to keep the card which makes no sense to me from an economical point of view.

After one year, you do not receive any additional miles unless the primary card member spends at least $10,000 in Net Purchases within each anniversary year.  Once that amount has been spent, 5,000 bonus miles will be credited to your Hawaiian Miles account upon the card holder’s credit card account anniversary.  That is a far cry from the 50,000 you get the first year as a perk.

As a side note, I also do not recommend traveling on Hawaiian Airlines.  Their customer service, in my opinion, is probably the worst in the industry that I have ever come across.  This is not just my opinion.  I have spoken to many people who have flown with them and also looked on their Facebook page.  Their former customers feel similarly.  The flight attendants need customer service training or really need to be fired quite honestly.  I have made complaints from my last flight all the way up the line and the company doesn’t really care.  The airline will cancel flights and be very, very slow to credit your money back for those flights.  I am currently waiting on a credit for a flight they cancelled that is due to me from December 7, 2016 they have not credited me as of yet.

When I closed my Hawaiian Airlines MasterCard  account last week there were no questions asked – I guess because so many people have been closing them they are used to it.  The people on the phone were very nice about it which was helpful.